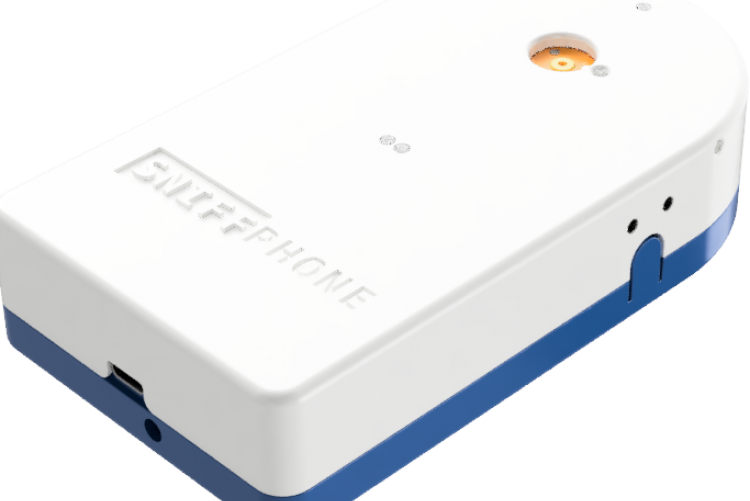 SniffPhone has evolved a lot since the project started and we are excited to share an update.

The first prototype has been built here at JLM Innovation and a first round of clinical trials has been carried out in Riga by the team at the University of Latvia. The clinical trials included 48 gastric cancer patients and 150 patients with precancerous lesions of different severity.
Additional samples included more than 300 people
from general population
for diagnostic model validation.

Extensive usability tests have been conducted in real life application and feedback has been collected from researches as well as end users, such as medical personal and patients.

The insights gathered in the clinical studies have been applied in new technologies implemented in the revised version 2 of the SniffPhone prototype. It is a complete redesign and has many new features compared to the initial draft.

This new version of the SinffPhone features autonomous operation. It is battery operated and needs charging only once a day.

Connection with a smartphone is achieved via Bluetooth.

Separating the SniffPhone instrument from the actual smartphone is the most obvious change in the version 2.

This change makes breathing into the instrument easier and makes it more convenient for both patients and medical personal.

The SniffPhone App that is installed on the smartphone supports both Android and IOS.

Here it is: Sleek, functional, easy to use!

Now, the new batch of prototypes is going back to partners for more clinical tests and studies. 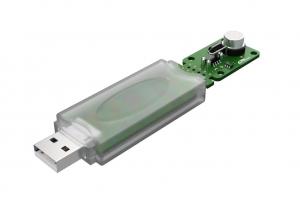 With the GIGAstick it is possible to measure virtually any...

Plug-and-play USB Interface for metal oxide sensors for a... 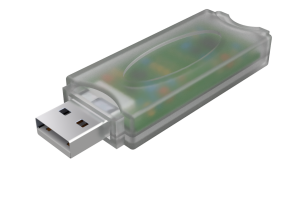 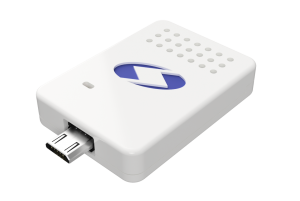